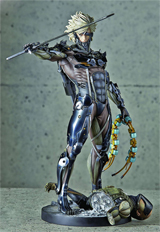 Raiden, the enormously popular central character from the hit action game Metal Gear Rising Revengeance, is recreated as a PVC statue. The heroic pose, grabbing a "Self Repair Unit" extracted ("Zandatsu Kill") from the enemy cyborg soldier in his left hand, and his HF blade in the right, highlights the best part of Akao's technique. The statue features a well-balanced & beautiful muscular body that also illustrates his outstanding skill. 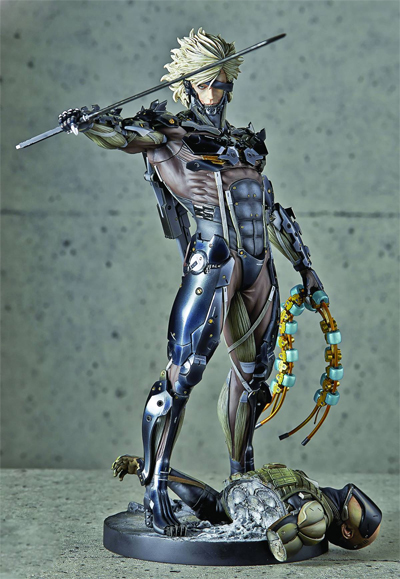 The highly detailed mechanical designs of the weapons and overlapping armor are digitally sculpted by Akao's brother in their first collaboration. The eye glows red with a mounted LED in the head. The closed visor for battle mode is available with optional parts. The "HF Murasama Blade" left by his worthy rival, Jetstream Sam, is interchangeable in his right hand, and with the scabbard in his left hand. 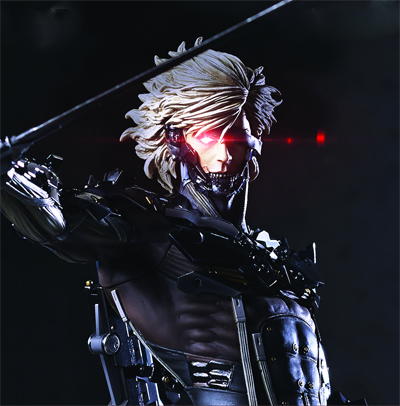 As for the cyborg soldier lying at his feet, the statue shows not only the abject cut surface of the body, but also "the expression of the dying arm" trying to say something. This masterpiece thoroughly supervised by Yoji Shinkawa (the art director of Kojima Production) is the most pictorial and beautiful Raiden ever.