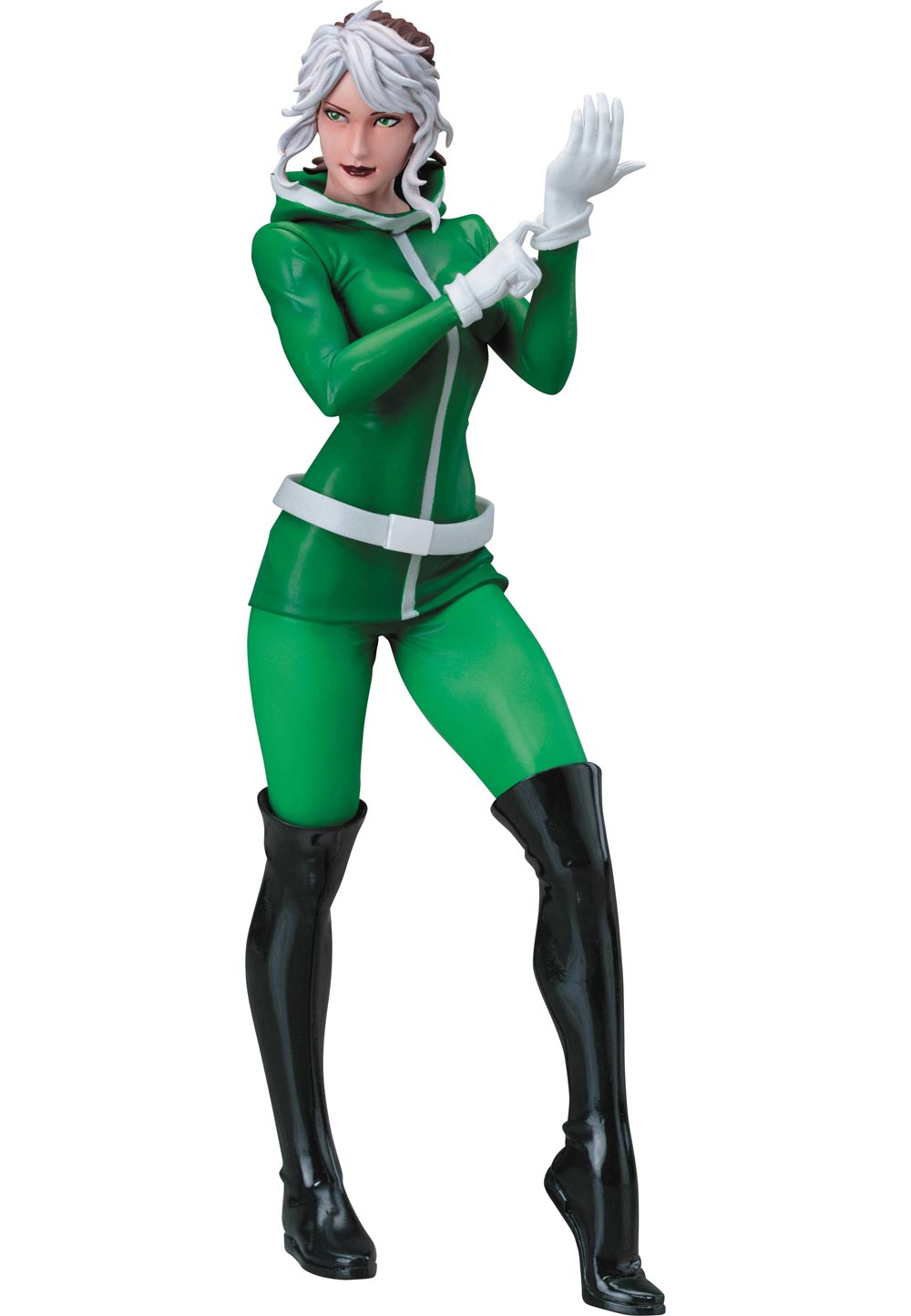 Kotobukiya’s series of Marvel Comics ARTFX+ Statues continues with the latest mutant hero in the Marvel Now lineup that has been taking the world by storm. In 2012 the comic book company relaunched several titles, shifting some characters into different books and updating some for a modern audience. More than anything, it provided a perfect jumping on point for new readers. Now the characters are brought to life as never before based on concept artwork by superstar artist Adi Granov, who was also responsible for the preceding Avengers series. Joining previously released Cyclops, Emma Frost, Magneto, Magik, and Beast is the fan-favorite ROGUE! The power-absorbing mutant has never looked better, and now Rogue adds a striking dash of green to the Marvel Now X-Men series with this fantastic new ARTFX+ presentation. 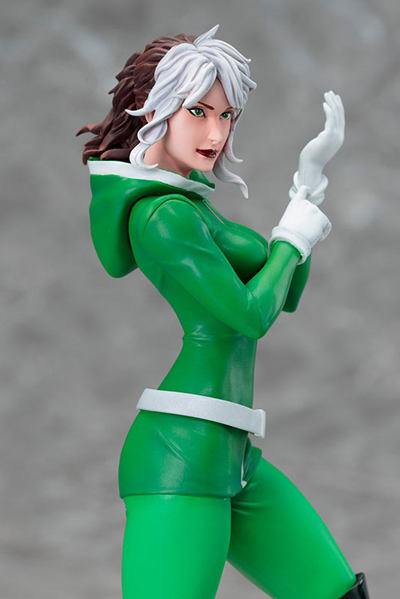 Born Anna Marie in Mississippi, the young girl’s mutant powers first manifested during a kiss with her childhood boyfriend. Suddenly she found herself absorbing his life energy, and subsequently ran away, taking the nickname “Rogue” in the process. When touching a mutant, she absorbs powers in addition to memories and skills, making her incredibly powerful and incredibly dangerous. During her early career she battled the current Ms. Marvel and seemingly absorbed her flight and super strength permanently. In the Marvel Now era Rogue got a new look celebrated here as she tightens her gloves for combat. The mutant heroine stands in a cocky pose with one leg arched forward, her body shifted to the side as she looks directly at the threat with an expression on her face that says she’s totally unafraid. Rogue wears bright green pants, a jacket in a slightly darker shade with white piping, thigh high black boots, and white gloves. Her smile radiates her strength and spirit beneath her unique brown and white hair. Sculpted by the same master artist who did the Marvel Now! Avengers series, Junnosuke Abe, Rogue stands over 7 Ѕ inches tall (in the ARTFX+ 1/10th scale) with magnets in her feet to provide perfect stability on her included display base. The beautiful and powerful Rogue will make a great centerpiece in your display and the perfect addition to your Marvel Now X-Men collection.