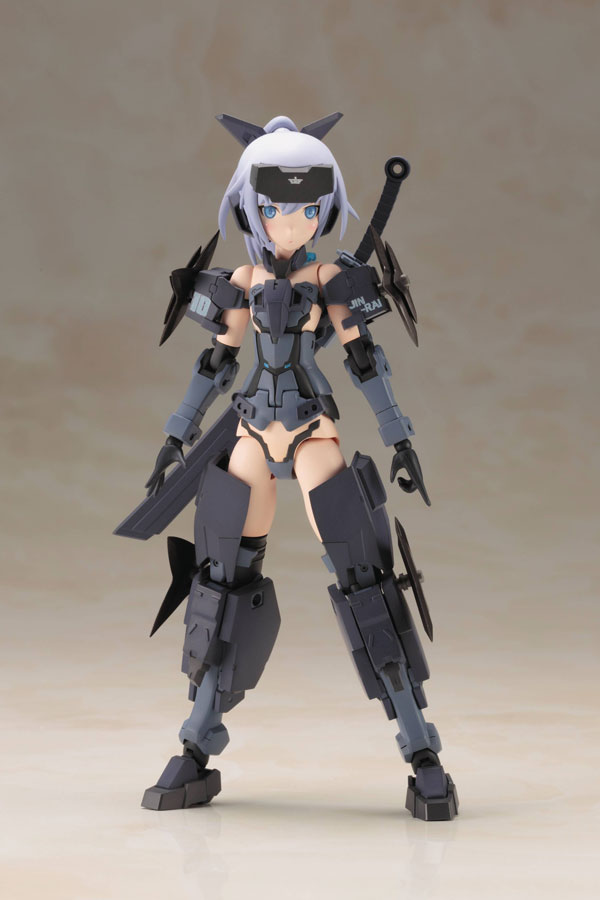 A KOTOBUKIYA Japanese import! Frame Arms Girl is a new expansion of Kotobukiya's Frame Arms series combining the customizability of those plastic model kits with the aesthetics of our Ani*Statues. Following up after Gourai, Stylet, and Materia in this unique line is a new feminine robot called JINRAI! While standard Frame Arms robots are built around a basic, articulated internal skeleton, the Frame Arms Girls like Jinrai are actual robot Frames themselves capable of utilizing an astounding array of armor, weapons, and accessories. Jinrai looks like a real girl, slender and cute, who wears high-tech purple and black armor (complete with connector pieces) on her torso, arms, and legs along with a matching choker and a boxy black headband over her long silver hair. 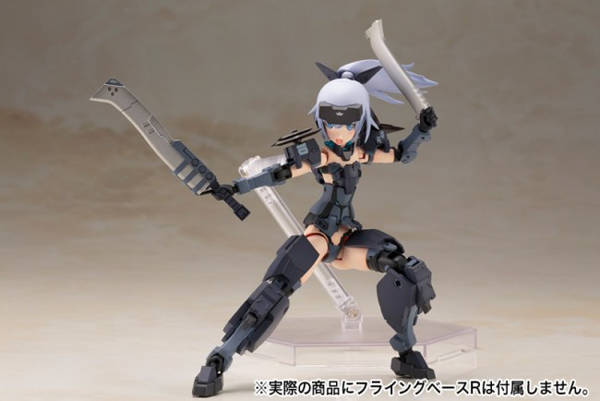 The Frame Arms Girl consists of 230 pieces and features thirteen points of articulation for a wide array of posing options. Her universal 3mm attachment points are fully compatible with parts from all Frame Arms units and Koto's M.S.G. (Modeling Support Goods) series of support units as well as the Border Break robots. Sculpted by Yasunori Shimizu and Yuichi Kuwamura, Jinrai stands just under 6 inches tall. Pair her with the previously released Frame Arms Girl robots for even more customization options!