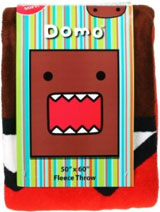 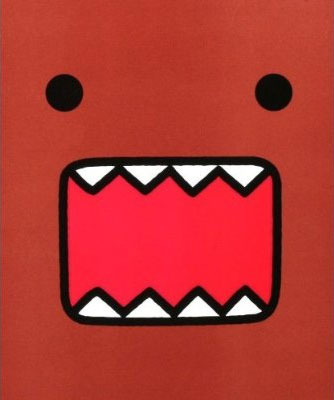 Domo-kun is a small brown open-mouthed monster hatched from an egg who lives with a wise old rabbit underground and is the mascot of Japan's NHK television station, appearing in several 30 second stop-motion sketches shown as station identification during shows.

Domo's favorite food is Japanese-style meat and potato stew, and he has a strong dislike for apples, because of an unexplained mystery in his DNA. Domo can only communicate via producing a low-pitched noise which sounds somewhat like his own name, but other characters appear to understand him. Domo-kun is known to pass gas repeatedly when nervous or upset.

Domo lives in an underground cave with Mr. Usaji, a wise old rabbit who loves to watch television and drink astringent green tea.