Uncharted 2: Among Thieves Game of the Year (Disc Only)  (PlayStation 3) 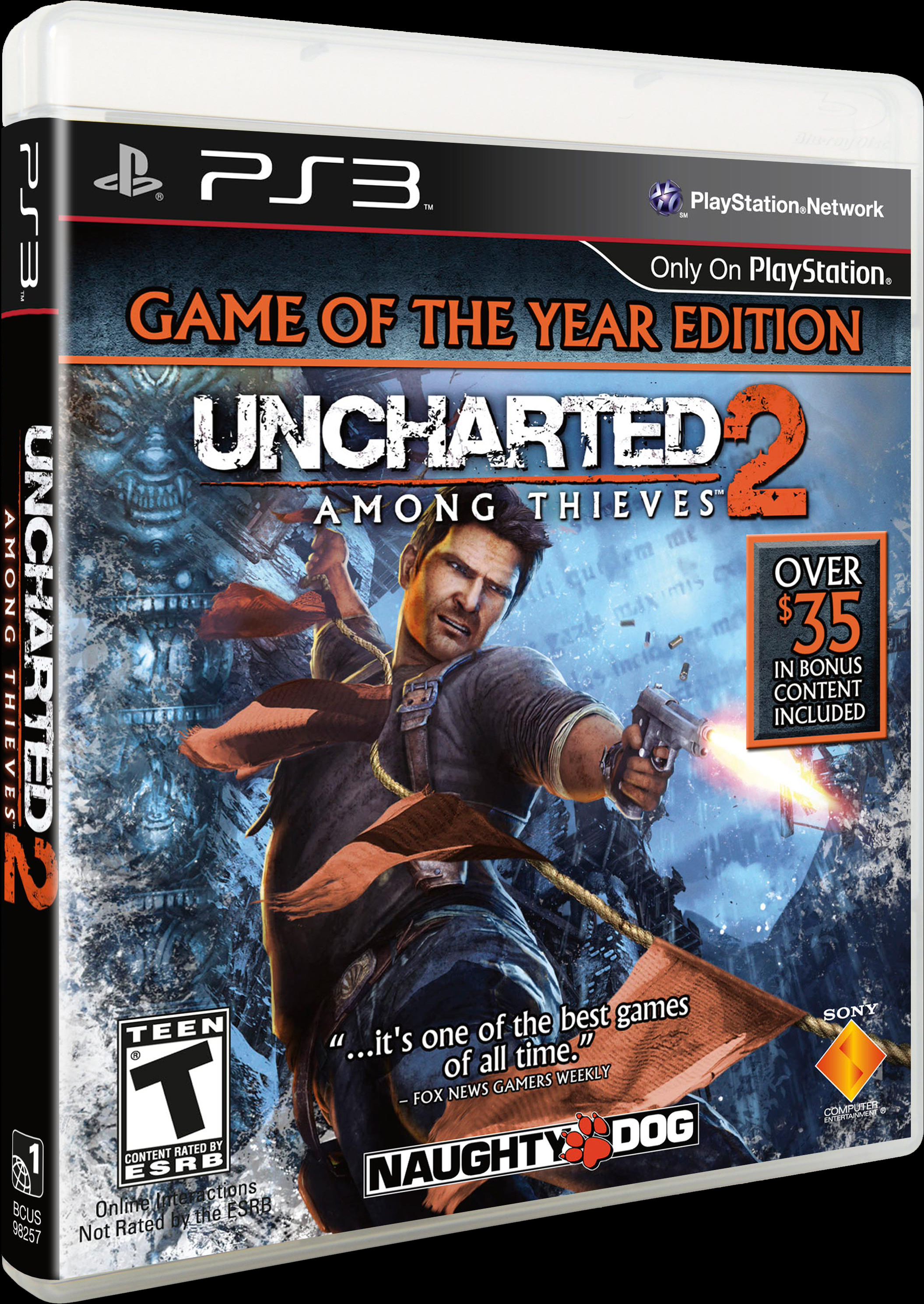 Uncharted 2: Among Thieves Game of the Year - Disc Only (PlayStation 3)

Fortune hunter Nathan Drake returns in Uncharted 2: Among Thieves, a pulse-pounding third-person action-adventure/shooter created by award-winning developer Naughty Dog. Down on his luck, Drake is lured back into the treacherous world of thieves and mercenary treasure-seekers he had sought to leave behind.

When a mysterious artifact propels Drake on an expedition to find the legendary Himalayan valley of Shambhala, he finds himself embroiled in a dangerous game of cat-and-mouse against a fugitive war criminal who’s after more than just the fabled riches of the lost city. Caught in a web of deception and plunged into an increasingly deadly pursuit that tests the limits of his endurance, Drake will be forced to risk everything but has his luck finally run out?

Uncharted 2: Among Thieves Game of the Year Edition includes the following downloadable content, a $35 value!