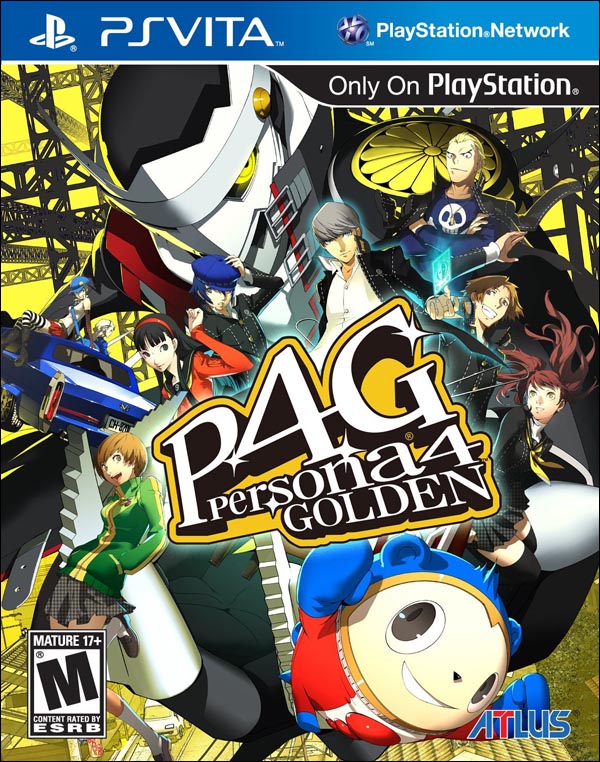 The complete condition of pre-owned Persona 4: The Golden includes Box

With an overall Metacritic score of 90 and a multitude of "Editor's Choice" and "Best Of" awards, Persona 4 stands as one of the finest games ever made, delivering many dozens of hours of enthralling storytelling, immensely satisfying combat, intricate party management, and addicting Persona collection and customization. Its brilliantly realized story—which features a memorable cast of personalities with whom the player can forge and strengthen pivotal bonds called "social links"—combined with the game's breathtaking visual and aural design, are part of an overall package that is on almost every genre fan's list of all-time favorites.

Now, Persona 4 Golden for PlayStation Vita offers an enhanced and expanded portable version of the highly acclaimed original! Visuals have been beautifully remastered to take advantage of the PS Vita's crisp, vibrant 5" OLED display. The game's aural presentation is better than ever, with 1.5 times the voiced dialogue of the original release. A new online dungeon rescue feature allows users to call on other players for assistance when they are about to die in the TV world. Persona 4 Golden is also overflowing with new content: new Personas to collect; new story events along with an all-new character; stunning new anime cutscenes, which include a new opening animation with a new song from master composer Shoji Meguro; a host of fan-suggested tweaks and changes, and much more! Persona 4 Golden is far more than just a handheld version of an all-time classic: it's the best way to experience it yet!