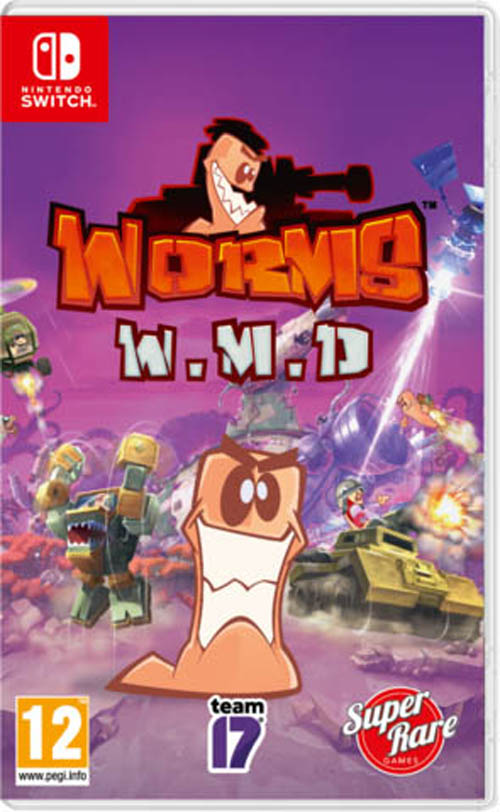 Worms W.M.D is compatible with all domestic and international Nintendo Switch Games systems.

The Worms are back in their most destructive game yet. With a gorgeous, hand-drawn 2D look, a full arsenal of weapons, crafting, vehicles and buildings, Worms W.M.D is the best Worms experience ever!

In Worms W.M.D for Nintendo Switch™, players will be able to feel the full power of all the game’s campaign missions, levels, customisations and updates, including Liberation and the fan favourite Forts Mode whether at home or on the go. And coming first to Nintendo Switch, a whole megaton more!

Worms W.M.D for Nintendo Switch™ includes support for single Joy-Con™ play, local wireless multiplayer as well as local and online multiplayer in hilarious all-out tactical worm warfare. So, wherever you are, grab your Concrete Donkeys, un-pin your Holy-Hand Grenades, and re-cape your Super Sheep as you prepare to rain hell on upon your enemies with Worms at its chaotic best!