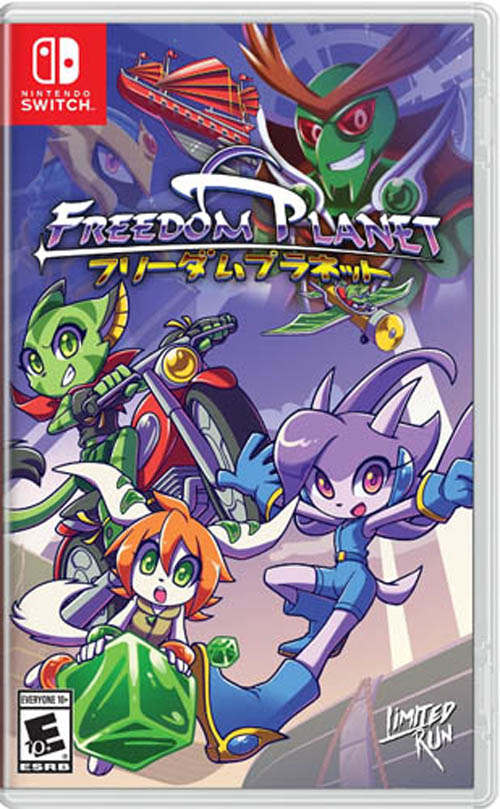 Run, fight, and maneuver through the colorful 2D world of Avalice!

The planet Avalice has long known a tenuous peace thanks to the Kingdom Stone: an orb of unknown origin that outputs enough free energy to power every device in the world, seemingly without limit.

The Kingdom Stone is beginning to weaken, however, and the planet’s three ruling houses are poised to engage in all-out war over control of this most precious resource. Add to that a coup d’etat within one of these houses – instigated by an invading alien army – and Avalice’s future is looking grim.

Enter, our three unlikely protagonists: the dragon, Sash Lilac, who unwittingly gets involved when she witnesses a strange airship crash-land and grows concerned for the well-being of its pilot; the wildcat, Carol Tea, whose dedication to her best friend leads her to undertake whatever challenges fate throws her way; and the orphaned puppy, Milla Basset, whose quest for nothing more than mere companionship inadvertently brings her directly into the line of fire.

Together, this trio of anthropomorphized heroines must somehow ingratiate themselves to each of the three houses, stop an all-out alien invasion, and learn the secret nature of the Kingdom Stone before its power wanes…and before a world war breaks out around them.

Freedom Planet is a fast-paced combat-driven platform adventure that pits a spunky dragon girl and her friends against hostile foreign powers and alien attack forces. There's trouble around every turn, from insects to giant robots to sheer explosive destruction, but players will have a variety of special fighting abilities at their disposal to blast through more than a dozen massive, nonlinear stages. The campaign may be played through as Lilac, Carol, or the unlockable Milla, each of whom has completely unique gameplay mechanics, an altered story mode in which the selected character takes the lead, and even a few of her own unique stages.