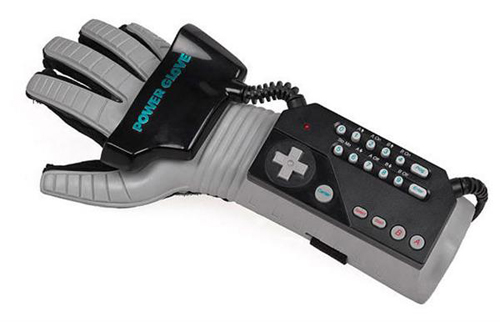 The Power Glove is a controller accessory for the Nintendo Entertainment System designed by Abrams/Gentile Entertainment, made by Mattel in the United States and PAX in Japan. The peripheral originally retailed for $100 (USD).

This controller was unique in the fact that it was a glove instead of the normal controller. On the glove it included a set of controls like a normal controller. It also included a program button and buttons labeled 0-9. A person would hit the program button and a numbered button to do various things (such as increase or decrease the firing rate of the A and B buttons). Along with the controller, someone could move their hand in various movements to control the character on-screen. 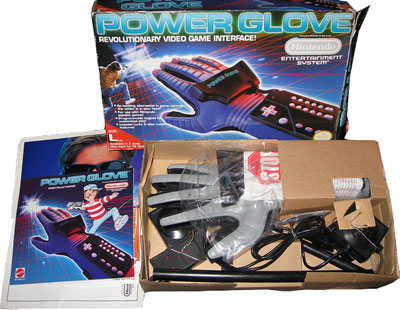 What does "Complete" mean?
The buy and sell value of NES Power Glove (Nintendo/NES) is based on how "complete" it is. When in the "complete" condition, this used Power Glove includes: