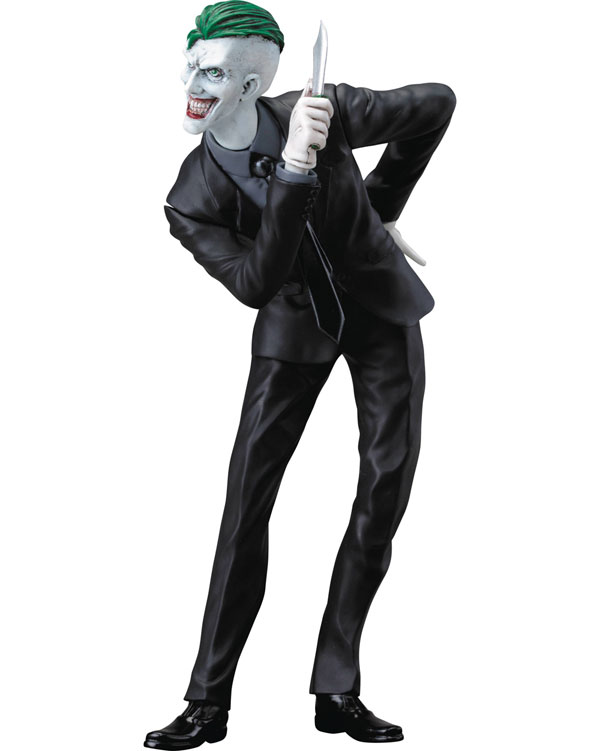 Kotobukiya’s lineup of statues based on the superheroes and villains of DC Comics continues to grow with the addition of one of the greatest comic book villains ever, the JOKER! Capturing the character’s iconic look from the New 52, Joker arrives to torment the previously released series of “Batman Family” heroes like Batman, Batgirl, Nightwing, Robin, and Red Hood. The Caped Crusader’s archenemy first appeared in comics way back in 1940 and got a very interesting update in the New 52 with a startling appearance and wicked plans for Batman and his allies. Now the Joker is back and more evil than ever in this highly detailed 1/10 scale statue! 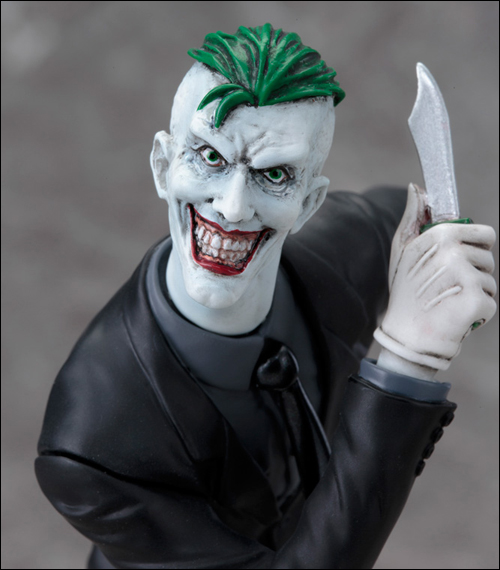 There’s no mistaking the gleeful insanity of the Joker and he shows it off as he leans forward, taunting the Batman with weapons in hand. The psychotic villain wears a snappy black suit with shiny black shoes, a dark gray shirt, black tie, and white gloves. His clothing shifts and creases in his exaggerated pose revealing a slim build and gangly limbs. Joker’s bleached white head is accented by his shockingly green hair and the horrific grin on his face with its beady eyes and mouthful of teeth. The Clown Prince of Crime brandishes a knife in front of him while hiding a pistol behind him. 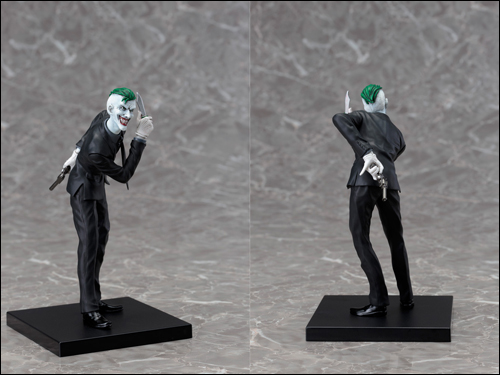 Joker stands just over 7 inches tall (1/10 scale) and like all ARTFX+ statues he has magnets in his feet for extra stability on his included display base. Bring this New 52 villain home for some crazy antics and the perfect contrast to your Batman Family ARTFX+ Statues!